The A-6 is a jet-powered, carrier-based, medium duty aircraft that entered service during the Vietnam War.  It is the first aircraft to offer the United States Navy an option for combat operations in any weather, day or night.   Before the A-6, combat flight operations were severely limited in inclement weather, low cloud ceilings, or low light.   Technologically advanced for its time, an integrated suite of avionics and sensors allowed Intruder crews to carry out missions, even when visibility was extremely limited.  The flight crew sat in side-by-side configuration, further improving visibility to the bombardier/ navigator and improving crew communication.

While it may not be considered the sleekest design, the A-6 had ample power and range complimenting its all-weather capability.  It could carry 18,000 pounds of ordinance, including nuclear weapons, on missions over 500 miles away without refueling.   Its design meant it was adaptable as technology advanced and capable of a variety of missions, including refueling via the “buddy store” system, laser targeting, electronic warfare, and other specialized missions.   However, its slower speeds and low-level roles meant that it was one of the most vulnerable aircraft to enemy anti-aircraft weapons.  During the Vietnam War, 68 were shot down by enemy forces.

The A-6 (Bu # 155648) on display at the Aviation History & Technology Center started its life as an A-6A in November 1968.  In June of 1969, it became one of only twelve intruders, out of 693 built, to be converted to an A-6C.  The “C” variants were specially equipped with additional sensors and avionics to improve their attack capabilities on convoys moving equipment and supplies down the Ho Chi Minh Trail during the Vietnam War.  It was later converted to an E model in 1977 and was station with VA-205 at Naval Air Station Atlanta before retirement in 1994.

U.S. Usage (all models)
1963-1997*
*An extremely modified variant known as the EA-6B Growler served with Marine units in limited numbers until 2019.

The prototype of the A-6 had engine thrust nozzles that swiveled downward to facilitate shorter takeoffs and landings at slower speeds.   The idea was still in development and eventually removed from production models, leading to the perfection of the movable nozzles and vertical/ short takeoff on the Hawker Harrier a few years later.  Experimentation with the Intruder’s movable thrust nozzles has ultimately contributed to the inclusion of this feature on today’s fifth generation fighter aircraft. Lockheed’s F-35 uses a swivel nozzle for short/vertical takeoffs and the Lockheed F-22 has “vectoring” nozzles that allow the aircraft to be extremely maneuverable in flight. 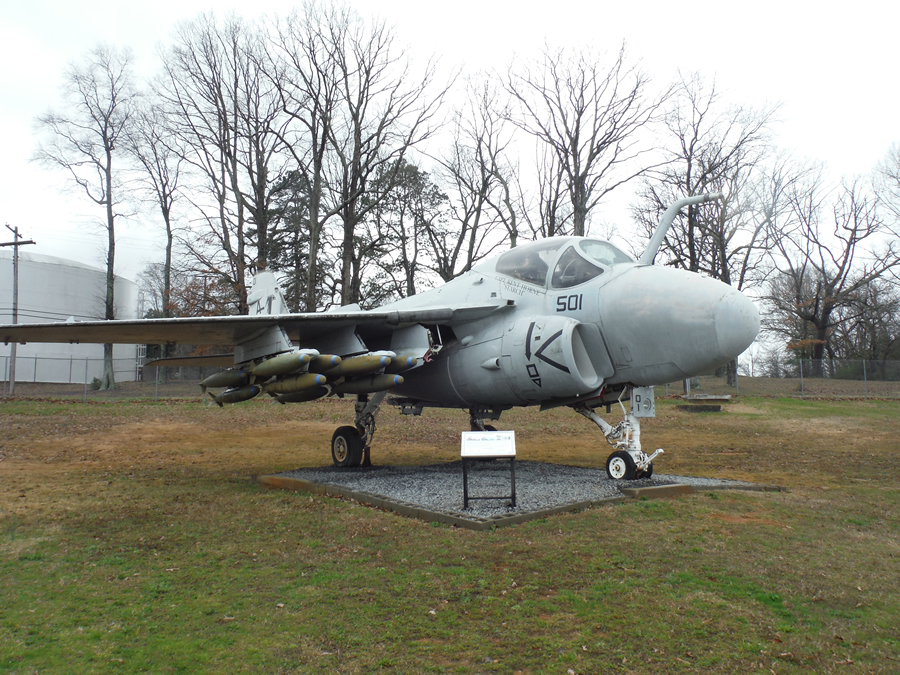 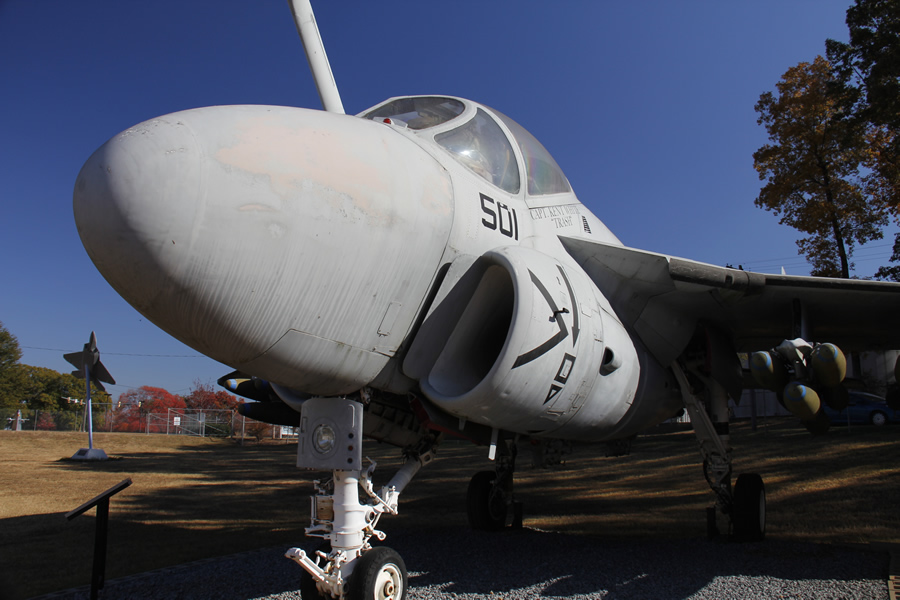 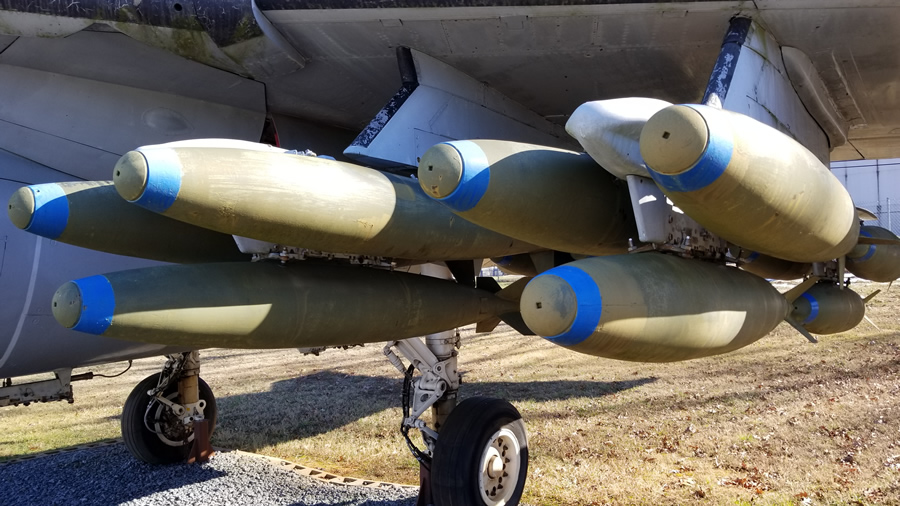 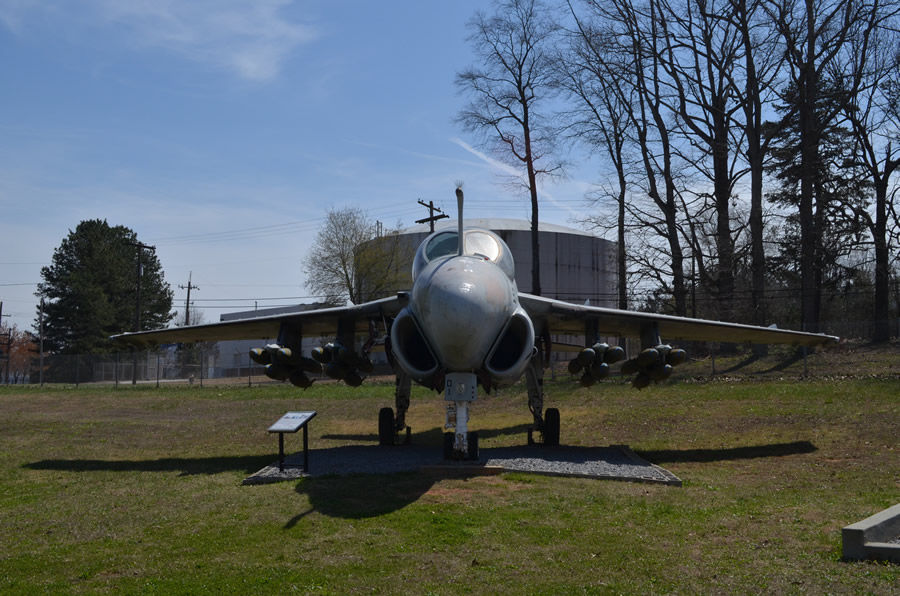 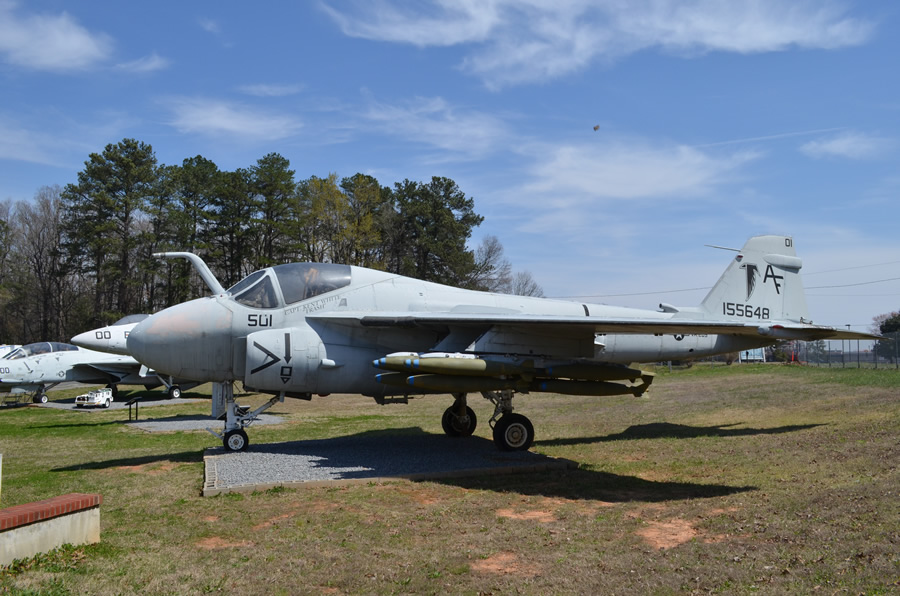