The F-14 Tomcat was the United States Navy’s premier air superiority fighter beginning in the mid-1970s and served ongoing roles into the 21st century.  The Tomcat’s design incorporates lessons learned in air-to-air combat during the early phases of the Vietnam War and technology to keep ahead of advancements made by America’s Cold War enemy, the Soviet Union. Compared to other fighters, the F-14’s larger size allows for increased payloads, including serving as the only operation platform for the AIM-54 Phoenix missile.  When combined with the F-14’s state-of-the-art radar system, the AIM-54 could target enemy aircraft close to 100 miles away.

As a carrier-based aircraft, the plane could go from 0 to flight (around 160 mph) in just under 2 seconds and 300 feet using its massive engines and the carrier’s catapult system.   The aircraft was operated by a crew of two, the pilot in the front seat and a Radar Intercept Officer (RIO) in the back seat.   Unlike many other aircraft with this arrangement, the “backseater” did not have controls to fly the aircraft and was assigned operation of the complicated weapons systems.  The intimidating capabilities of the F-14 caused many enemy aircraft to avoid contact, limiting its career air combat incidents, but the aircraft also performed surveillance and ground attack missions.  While the F-14 was already well known in aviation and military communities, it was made famous to the public by its feature role in the 1986 movie Top Gun.

The F-14A (Bu# 160909) on display at the Aviation History Technology Center served in the United States Navy from 1979 to 1999 and was stationed onboard carriers USS John F. Kennedy, USS Independence, and USS Saratoga.  During its career, it flew missions in support of Operations Desert Storm and Desert Shield. In 1999, it was retired from service and placed on display at NAS Atlanta.    The aircraft is displayed with the markings of the “Superheats” (VF-202), a fighter squadron of the United States Naval Reserve, but it also served with VF-14, VF-74, and VF-101.

Used By (all models)
U.S. Navy
Republic of Iran

Once in flight, the ability to vary its wings allowed the Tomcat to harness the best aerodynamic characteristics for different situations.   With the wings fully extended, it achieved greater stability and maneuverability at low speeds, but could sweep the wings back for higher maximum speed.  The Tomcat is one of only a few aircraft that have ever been in the United States military operational arsenal to employ this system.  (F-111, B-1B) 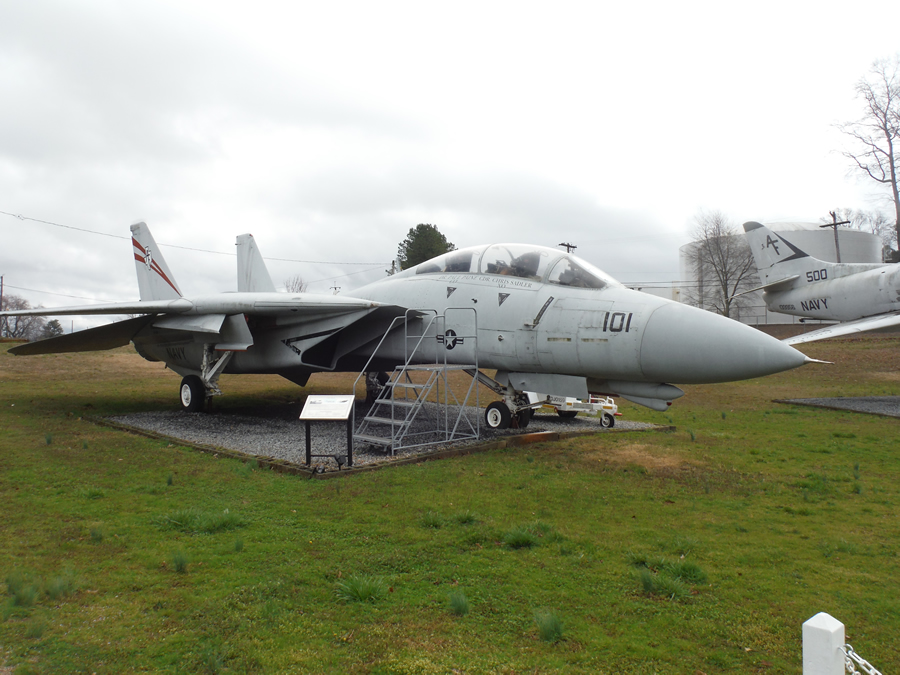 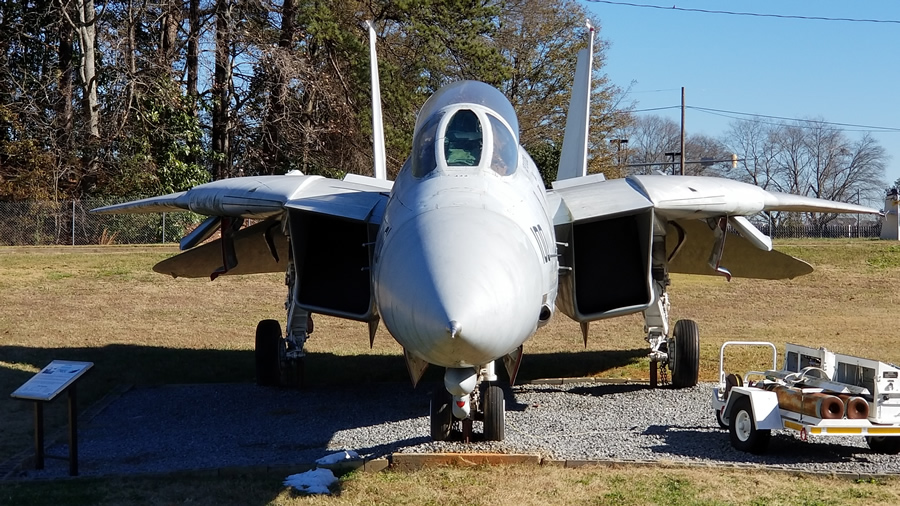 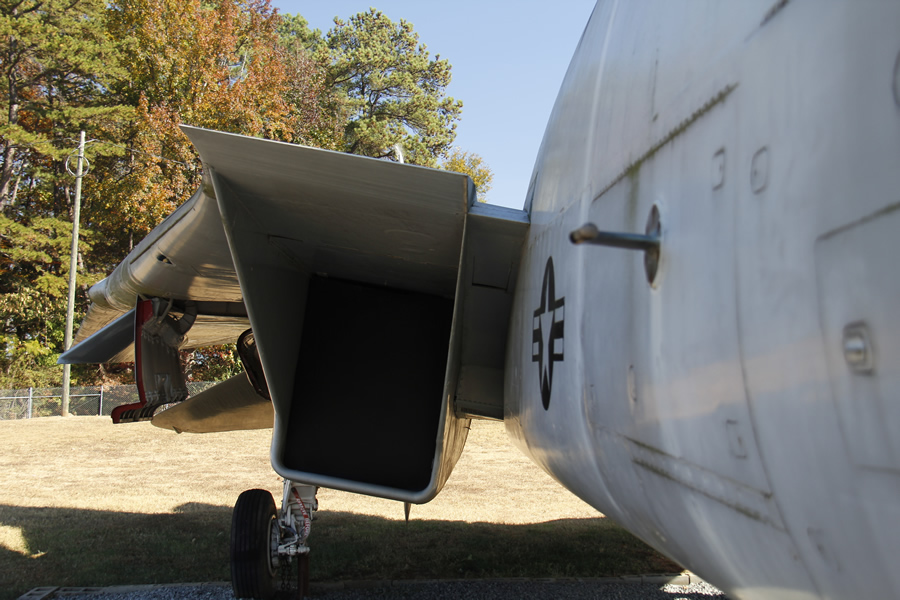 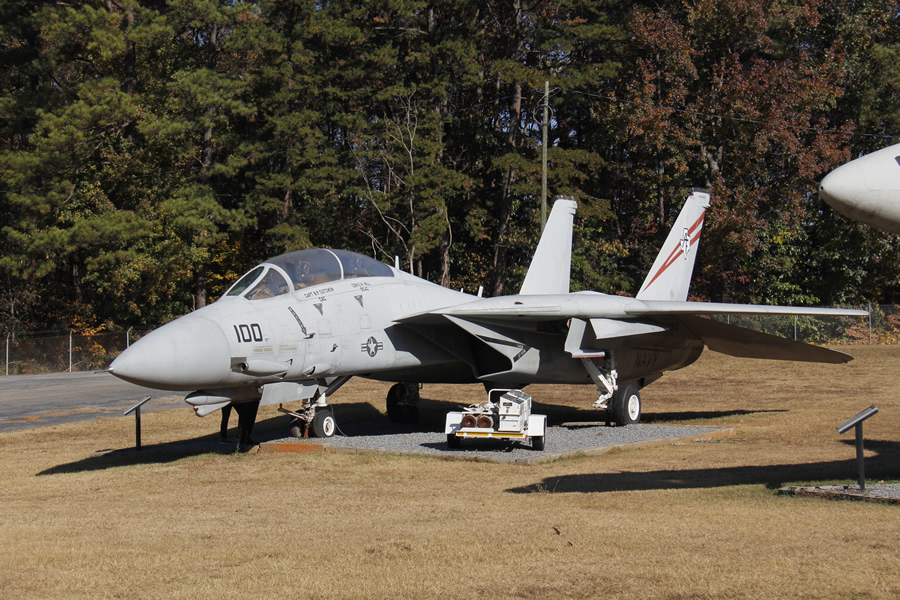 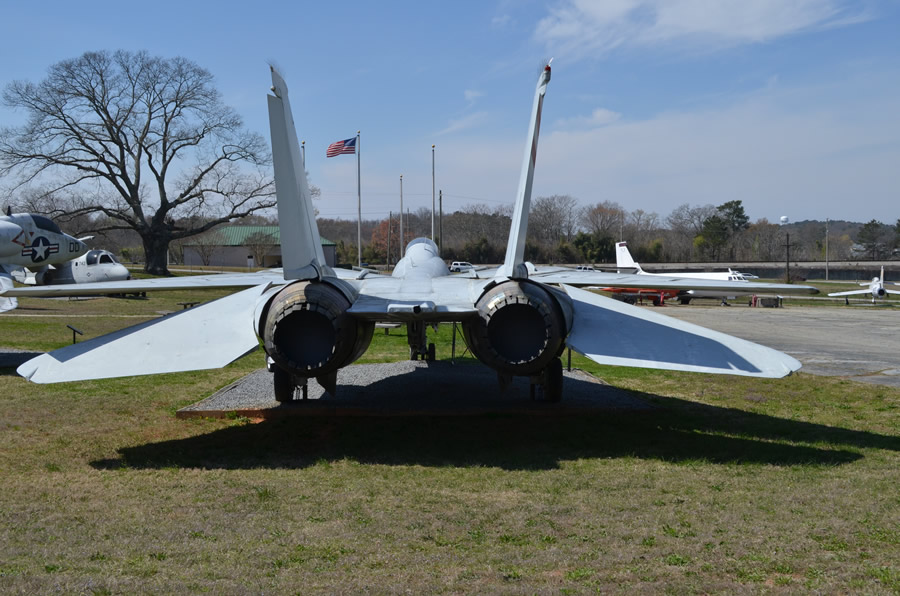