The S-3 is a jet-powered, carrier based, medium duty aircraft that protected United States Navy fleets around the globe for over 40 years.   Built at the Lockheed plant in Burbank, California, the S-3 was designed as an anti-submarine platform to counter the Cold War threat from a growing fleet of Soviet submarines.  Once launched from a carrier, the Viking searched for underwater enemies using magnetic anomaly detection and sonobouys it dropped to “listen” for subs.  The S-3 often worked as part of a team that included other fixed wing aircraft, helicopters, and surface ships.

Following the fall of the Soviet Union and a reduced threat from submarines, many Vikings were converted to “B” models in order to take on additional roles, including surface warfare, search and rescue, ground attack, reconnaissance, supply, and aerial refueling.   By filling so many roles, it earned the moniker the “Swiss Army Knife of Naval Aviation.”   Furthering its convenience, the Viking’s wings folded inward to save precious space onboard carriers, and the vertical stabilizer folded over to provide vertical clearance in the hangar deck.

The distinctive sound of the Viking’s turbofan engines earned the aircraft the nickname “Hoover” because it sounds like the vacuum cleaner.   On 1 May 2003, a S-3B ferried President George W. Bush to the USS Abraham Lincoln to give his “Mission Accomplish” speech ending major combat operations during the 2nd Gulf War. It was the first, and only, time a sitting U.S. president had made a “trap” in a fixed wing aircraft aboard an active carrier.

The S-3B (Bu #159743), on display at the Aviation History & Technology Center, began service in 1975 and was retired in 2001.  During that time, it served with VS-41, VS-28, VS-22, and VS-24 and was stationed on the carriers USS America, USS Nimitz, USS Forrestal, and USS Franklin D. Roosevelt.   It accrued over 1,350 carrier launches and recoveries, including a barricade arrested landing on March 02, 1989 due to a failed nose gear.   During that landing, the COTAC (co-pilot/tactical coordinator) ejected.

The Vikings were equipped with a General Purpose Digital Computer (GPDC), an early version of flight and weapons control “computers” that allowed for automated coordination between the four different crew members.   This system would use avionics and sensors to guide the plane to the optimal point of attack before automatically releasing  weapons. 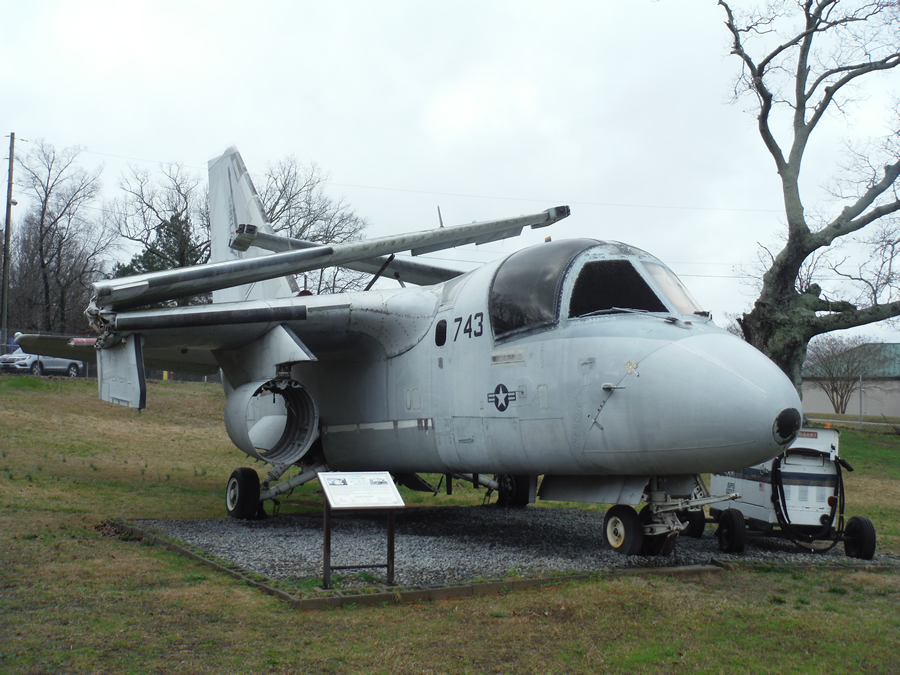 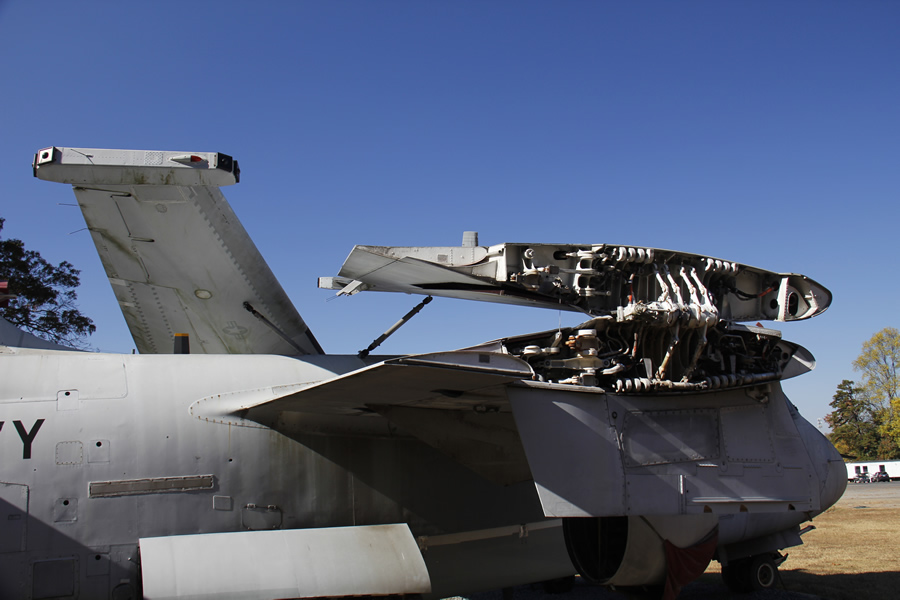 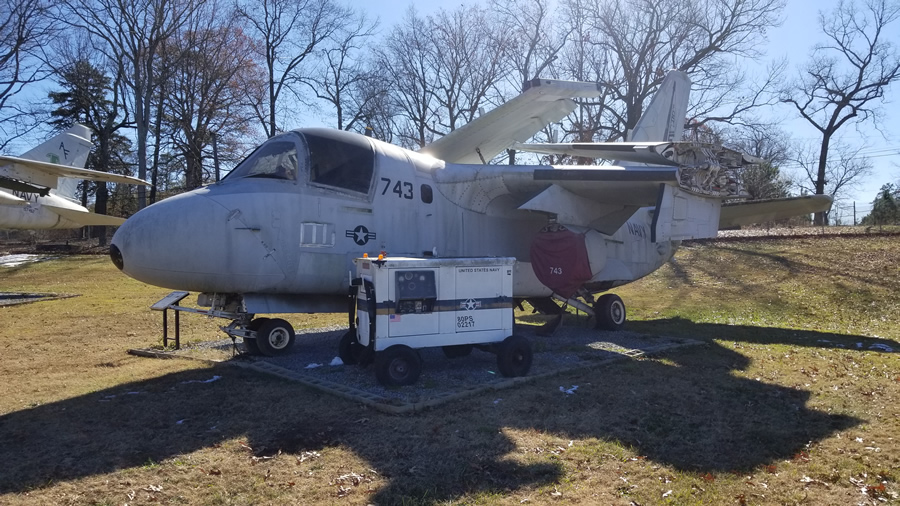 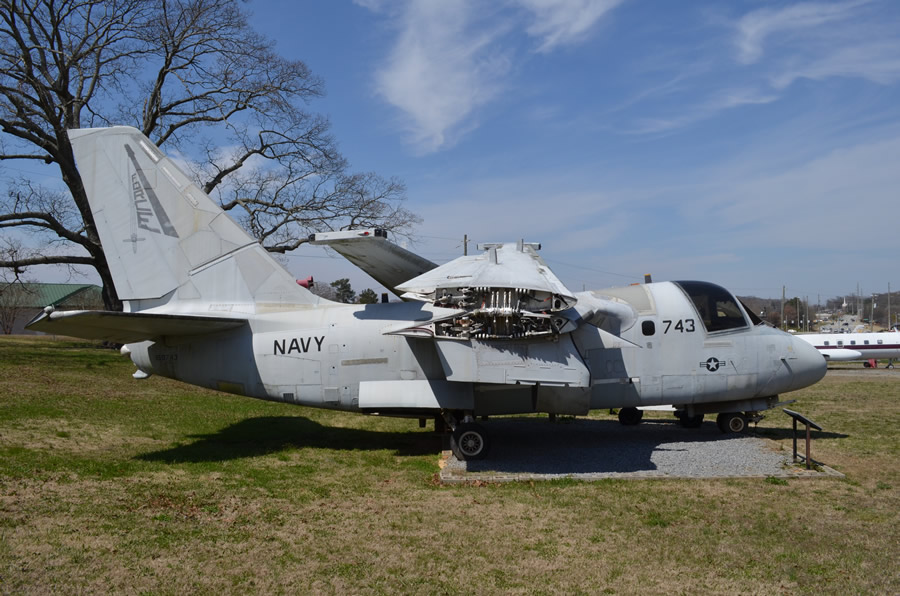