The A-7 is jet-powered, carrier-based, light attack aircraft developed in the mid-1960s to replace the A-4 Skyhawk.  The A-7 had a longer range and could carry a larger payload, up to 15,000 pounds, leading some to call it the Navy’s “bomb truck.” Its combined strength, maneuverability, accuracy, survivability and low maintenance requirements made it one of the most versatile tactical aircraft in the military arsenal, utilized by both the Navy and United States Air Force.

Following its introduction, the A-7 gained recognition for its unmatched weapons delivery accuracy due to its state-of-the-art navigation and bombing computers.  To further aid the pilot, the Corsair II was one of the first aircraft to utilize a heads-up display (HUD), which projected critical flight information and targeting into the pilot’s natural line of sight out the front windscreen.  In total, the A-7 Corsair II has flown more than 120,000 combat sorties (flights), including roles in Vietnam, Libya, Grenada, Panama, and Desert Storm.

Adding to the A-7’s ground attack capability, the aircraft was used for reconnaissance, electronic “jamming,” waterway mining, refueling, and search missions.  Named the Corsair II, the A-7 bears the same name as Vought’s earlier F4U Corsair that served with the Navy during World War II.

The Corsair II (Bu # 157452), on display at the Aviation History & Technology Center, entered service With the United States Navy in April of 1970 and was retired at Naval Air Station Atlanta in 1989. During its active career, it served with squadrons VA-174, VA-81, VA-12, VA-305, and VA-205 (stationed at NAS Atlanta).  At various times, the aircraft stationed onboard the aircraft carriers USS Forrestal and USS Dwight D. Eisenhower.

The A-7 won its contract award based on its developmental time and cost savings.   For the A-7, designers at Vaught creatively adapted their previously successful F-8 Crusader, a supersonic fighter , into a  subsonic attack aircraft.   Although the two aircraft look very similar, the A-7’s versatility is created by a shorter fuselage, a bigger wing area, less sweep to the wings, and a stronger frame.  Topping off its physical capabilities, the A-7 incorporated radar and inertia-based guidance and targeting systems to give the pilot excellent accuracy when delivering weapons. 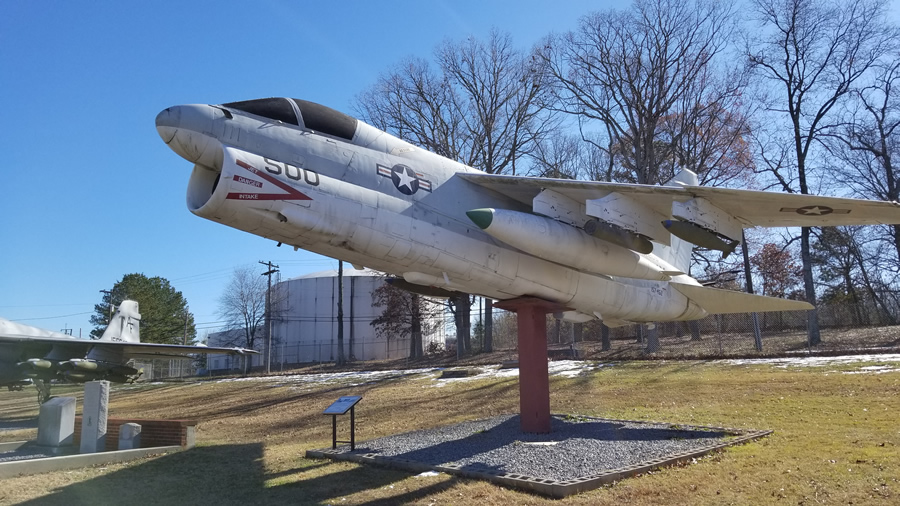 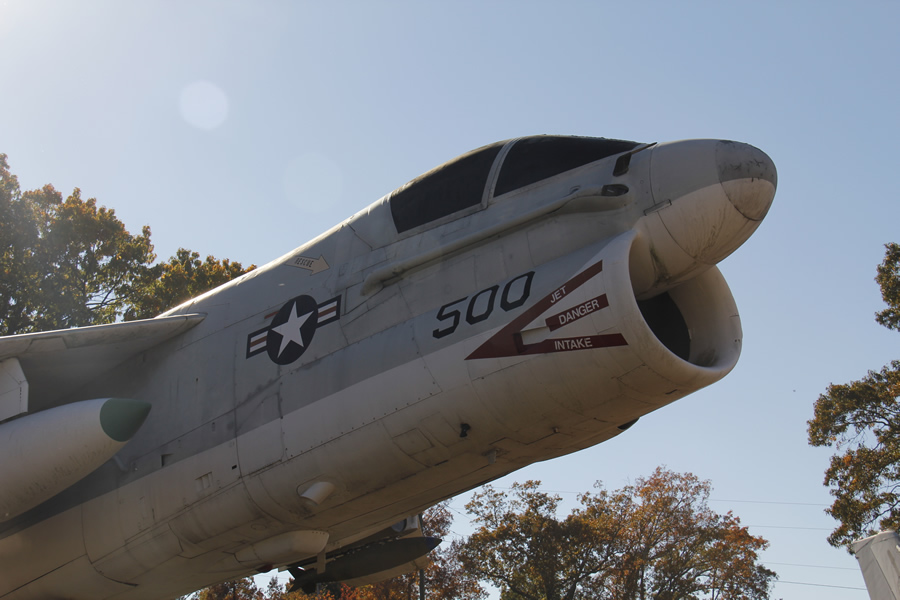 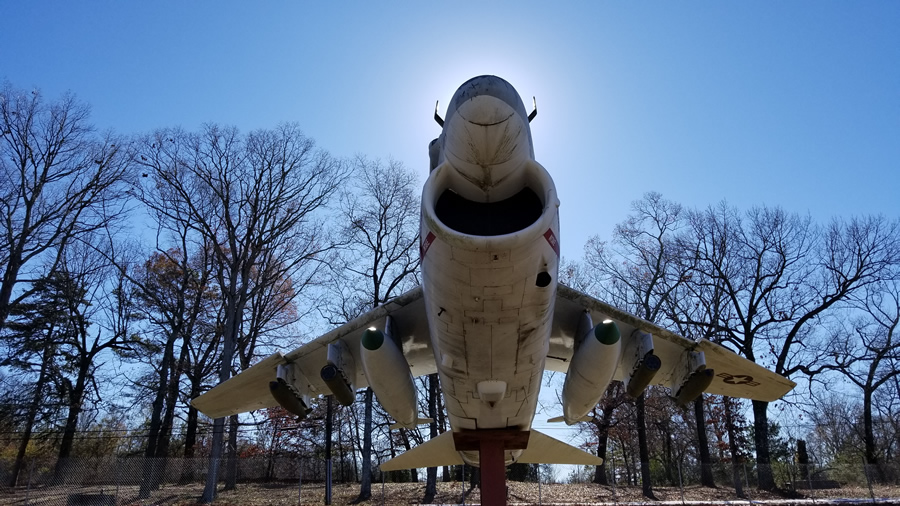