The F-84F is a jet-powered, light fighter-bomber utilized by the United States Air Force in the first decades of the cold war.  The aircraft was designed to be mass-produced ground attack platform capable of carrying 6,000 pounds of ordinance.  Over 2,700 Thunderstreaks were produced, with more than 1,300 of those being delivered to North Atlantic Treaty Organization (N.A.T.O) allies.

Although the “F” model was officially designated as an F-84, it was essentially a new aircraft based on Republic’s Korean War jet, the F-84 Thunderjet.   Due to Congressional funding restrictions on contracts for new aircraft, Air Force officials created a work-around by having the Thunderstreak kept the -84 designation.  Major differences from the Thunderjet included the incorporation of swept wings and a different engine

The F-84F was one of several early production jets to incorporate the swept wing design, along with the F-84 and F-9.  The swept wings allowed for greater aerodynamics, especially as aircraft reached transonic (near the speed of sound) and supersonic (faster than the speed of sound) speeds.  As a showcase of the latest aircraft in the Air Force arsenal, the Thunderbirds demonstration team adopted the F-84F as their official aircraft for the 1955 season of airshows.

Due to operational difficulties and the rapid technological developments of the early jet age, the F-84F had a short active service life.  Beginning in the late 1950s, the supersonic F-100 and F-105 began to replace Thunderstreaks in active squadrons.   Many of the F-84Fs went on to serve in Air National Guard units throughout the country, including the Georgia Air National Guard which the F-84F on display at the Aviation History & Technology Center is designated as.

Early in the Cold War, some of the F-84F Thunderstreaks assigned to Tactical Air Command squadrons were equipped with the Low Altitude Bombing System (LABS) for delivery of smaller tactical nuclear weapons.  LABS was ballistic calculator that allowed the aircraft to penetrate enemy defenses at low levels and high speeds before sharply pulling up to release a nuclear bomb.   The ballistic calculator figured out the exact point where the bomb would continue in an upward arc before descending on the target.   This arced “lobbing”  trajectory allowed the delivery aircraft to continue a high speed turn and dive back in the direction it came from,  escaping from the powerful blast waves after the weapon detonated. 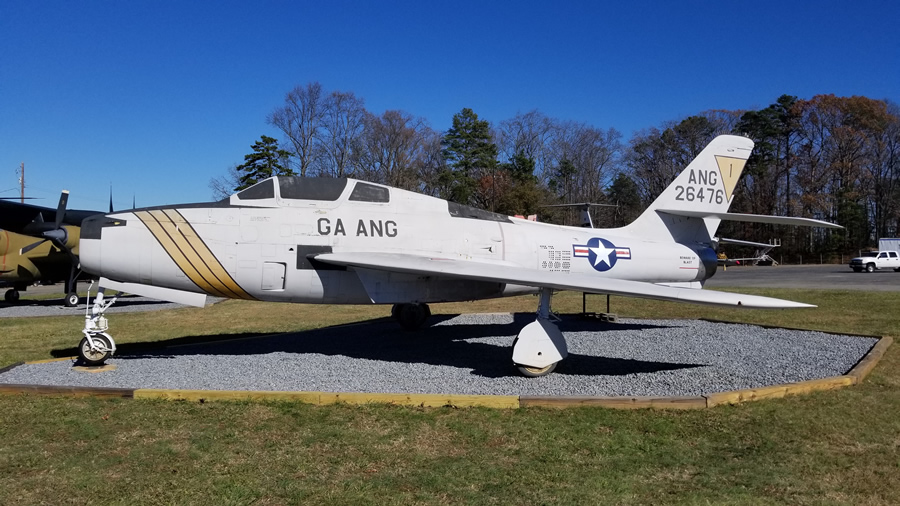 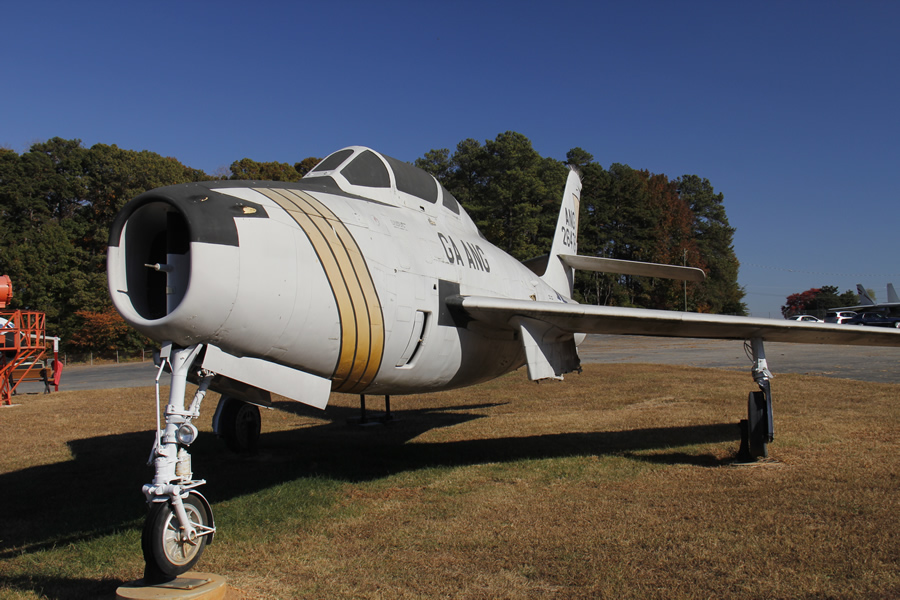 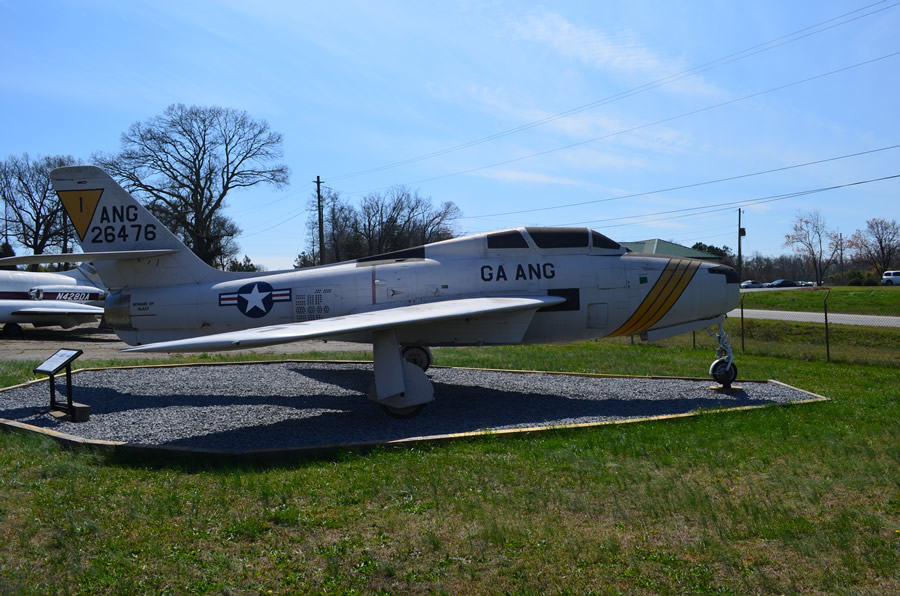 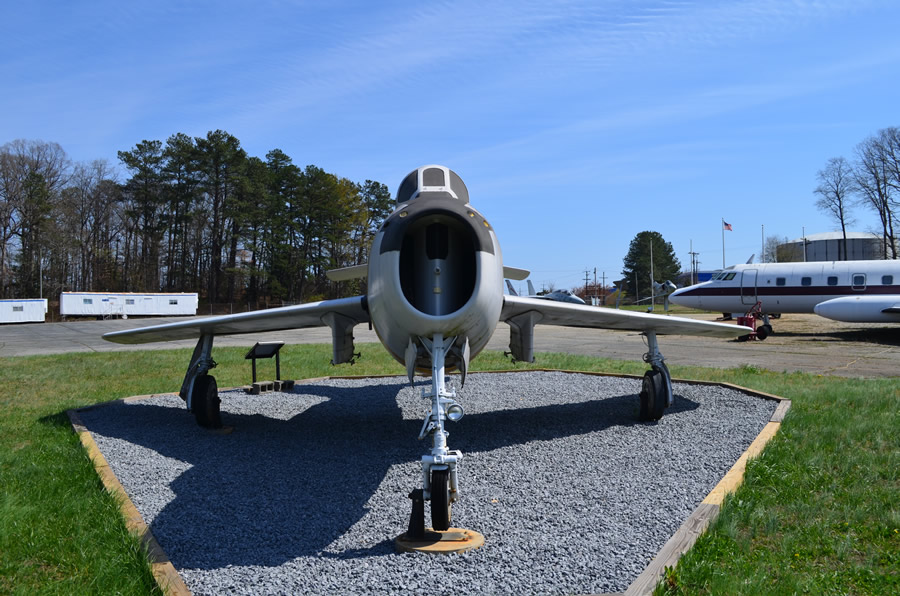